So back in early September the PR Company for the BBC Lifestyle sent me an invitation to enter a blog competition. I got a box of ingredients, a recipe, and instructions to complete it all in four days. The prize was a trip to London and to eat at Bill Grangers restaurant Granger & co in Nottinghill. I did not hesitate for a second.

The recipe I needed to make was Bill’s Lime and Coconut Delicious – enough motivation on its own. I went to town and spread the message about Bills new TV series ‘Bills Kitchen: Notting Hill’ as far and wide as I could, and a week or so later I heard that I won.

Since I have never won anything on this scale I was thrilled beyond speech. I had also not been to London in four years and was feeling worn out after years of hard work with few breaks and certainly no proper holiday. I needed a change of scenery.

My trip to London was too short, but I added on a few extra days to visit friends and generally spend some time in a city I love and used to live in. I also turned it into an opportunity to write about a few hotels and restaurants, and generally immerse myself in all things food while I was there. I really packed it in.

I wrote about my stunning stay at the Great Northern Hotel on Kings Cross Station and my night of luxury at the Halkin. I even squeezed in a rushed trip to Warwickshire and spent a night at the gorgeous Fuzzy Duck Pub near Stratford upon Avon.

I ate as much as I could for such a short stay and these are my restaurant highlights from my trip: (in the order that they were experienced)

Kate Jones and Stuart MacDonald the lovely publicity people from the BBC Worldwide took me to lunch at the Abingdon near Kensington High Street. It’s in a building that looks like it was once a pub, and the food is kind of modern European come gastro pub. All done very well and highly recommended. We had a fabulous time and it was wonderful for me to meet the people who work behind such an iconic brand.

This is a Venetian Bacaro in Covent Garden and was recommended to me by a friend on Twitter. As per his instructions we arrived early and ate as much as we could off the menu. It was a highlight of my trip, and in some ways spoiled things for me. I will always be disappointed with restaurants who cant seem to get simple food right. At least as right as they get it at Polpo. It has become a benchmark experience for me and is 100% my kind of place. Casual and vibey serving plate after plate of the most delicious food. I had to buy the book on the spot and have already made two recipes from it (panzanella and zucchini shoestring fries – coming soon to Drizzle and Dip)

My dinner at Granger & Co was part of my big prize and what a treat it was. As a long-time fan of Bill Granger and his healthier style of cooking it was wonderful to taste his food in the ‘flesh’ so to speak, and I even ordered a dish I’d seen on his TV show – the ceviche with grapefruit, avocado and sesame. Granger & Co is an institution in Nottinghill where regulars queue for hours on week ends to eat breakfast or brunch. The venue is open and airy and really could sit perfectly in Sydney. The menu features a fair number of snacks and starters which is bang on trend for people desiring multiple small plates. Strong Asian influences come through, but you will find a gourmet BBQ burger along with crispy duck and grilled fish under the mains. This is the kind of food I love to eat and I can see why the place is constantly busy.

My friend and I shared everything. We ordered the sticky chilly pork belly served with lettuce wraps and spring onion salad. The crispy duck, plums, star anise with jasmine rice and citrus sale. Chunky herb crusted chips and a green bean salad on the side. We also thoroughly enjoyed the wines including an Albarino from Spain, and the Cloudy Bay Sauvignon Blanc from New Zealand.

Thank you to Bill and the BBC for this fantastic prize.

I went into great detail about the memorable and sensational dinner at Ametsa here.

The Crown at Bray – Berkshire

The Crown is a 16th Century Inn in Bray, in Berkshire and happens to be owned by Heston Blumenthal and its opposite the Fat Duck. With big open fires and low beamed ceilings its as quaint and authentic as you can get. I went with three friends on the Saturday night and the food and the atmosphere were fabulous. I had a starter of crispy cauliflower (obsessed with this vegetable), cheese sauce and Henderson’s relish, followed by the Earl Stoneham Wagyu Beef burger with smoked onions and fries. Packed with juicy flavour from all the fat marbling of the beef, it was well worth the 17.95 Pounds (R300 odd).

I have vowed that the next time I visit Bray, I walk through the doors and dine at the Fat Duck.

Richard Craven knocked up a lovely dinner with very local ingredients, a few I had never tried before. I wrote all bout it here.

Whenever Im in London I like to visit as many food retailers as I can to see what trends are rocking London and compare this to what is happening back home. In the past I have always found South Africa a little lacking, but was thrilled to see we are right on-trend with the food scene. Not only are our restaurants dishing up similar plates, we have our own unique food expression and incredible produce to back it up.

We are not falling behind in product innovation either. There was very little I found in London shops that we cant get here. Yes, some things may be a little harder to find, but on the whole we have access to a very wide range of exotic ingredients these days.

Gourmet food is obviously much more readily available and in London you will find a gourmet deli on every corner. Literally from a small neighborhood grocer to Ottolenghi, they are all over.

There were a few products and product categories that seem to be very popular in London, and I base this on a general observation of the number of brands and variants on shelf. They are:

I noticed popcorn is big in London. I even walked past a popcorn shop in Nottinghill. Wherever you go you see loads of packaged popcorn brands with interesting flavours like these:

Perfectly made potato crisps have always been something the Brits do very well, and I dare say they make the best I’ve ever tasted in the world. I noticed a wider range of gourmet / artisan crisps with amazing flavours like: jalapeño chilli, oak smoked chilli and smoked bacon (I mean why hasn’t every crisp manufacturer done this one?). Brown Bag crisps are an awesome brand.

I also noticed other snacks like flavoured pumpkin seeds, pork scratchings, beetroot and other vegetable crisps.

There has been massive development in soft drinks innovation since I was last in Europe / London. From flavour profiles to ingredients used. Coconut water can be bought everywhere. I even saw almond water, and a lot of flavoured and vitamin enhanced drinks and water. Some of the incredible flavour combinations and infusions I came across:

The strangest edible item I saw was a range of insects and bugs in candy at Fortnum & Mason. Yes, ants and scorpions imbedded (or should I say embalmed) in a vodka flavoured sugar lolly. The bugs could also be found at the bottom of bottles of vodka. I totally get and even love the vodka flavour idea, but the insect part, I think not.

If you want to read up a bit more on this ‘insesctvore’ oddity, check out the Edible website. You can even get a giant hornet in a jar of honey which is apparently an aphrodisiac.

A trend I have noticed more on more online and just generally, people are getting into making there own cheese. I saw this cheese making kit in Selfridges Foodhall and wondered if it’s the next thing?

Burgers seem to be big everywhere. Here, there and in the USA. Just generally huge. If you look at the number of gourmet burger restaurants opening up in Cape Town (and I recently heard of another one on its way) this is clearly a big trend. You find gourmet burgers on so many menus in London. Gourmet hot dogs and other American ‘junk’ food is also prolific. Since a good burger is on my ‘final meal’ list, I really have no problem with this.

I didn’t get round to seeing any  of the London food trucks which was a pity, but did notice that ramen bars are all over. Now if someone could please take note and open a good noodle bar in Cape Town, I would be most grateful.

I could probably carry on writing about some of the other interesting food items on shelf like bee pollen, popcorn flavoured tea and Baconnaise, but I need to get this blog post finished. I was inspired and exhilarated after my trip to London and its Its always fabulous to be a part of such a vibrant city. Even for a short while. Its clear to me that I need to go back. I still have so much to see and eat.

*PS – I did take my SLR, but most of these pics were snapped on my iPhone on the fly. 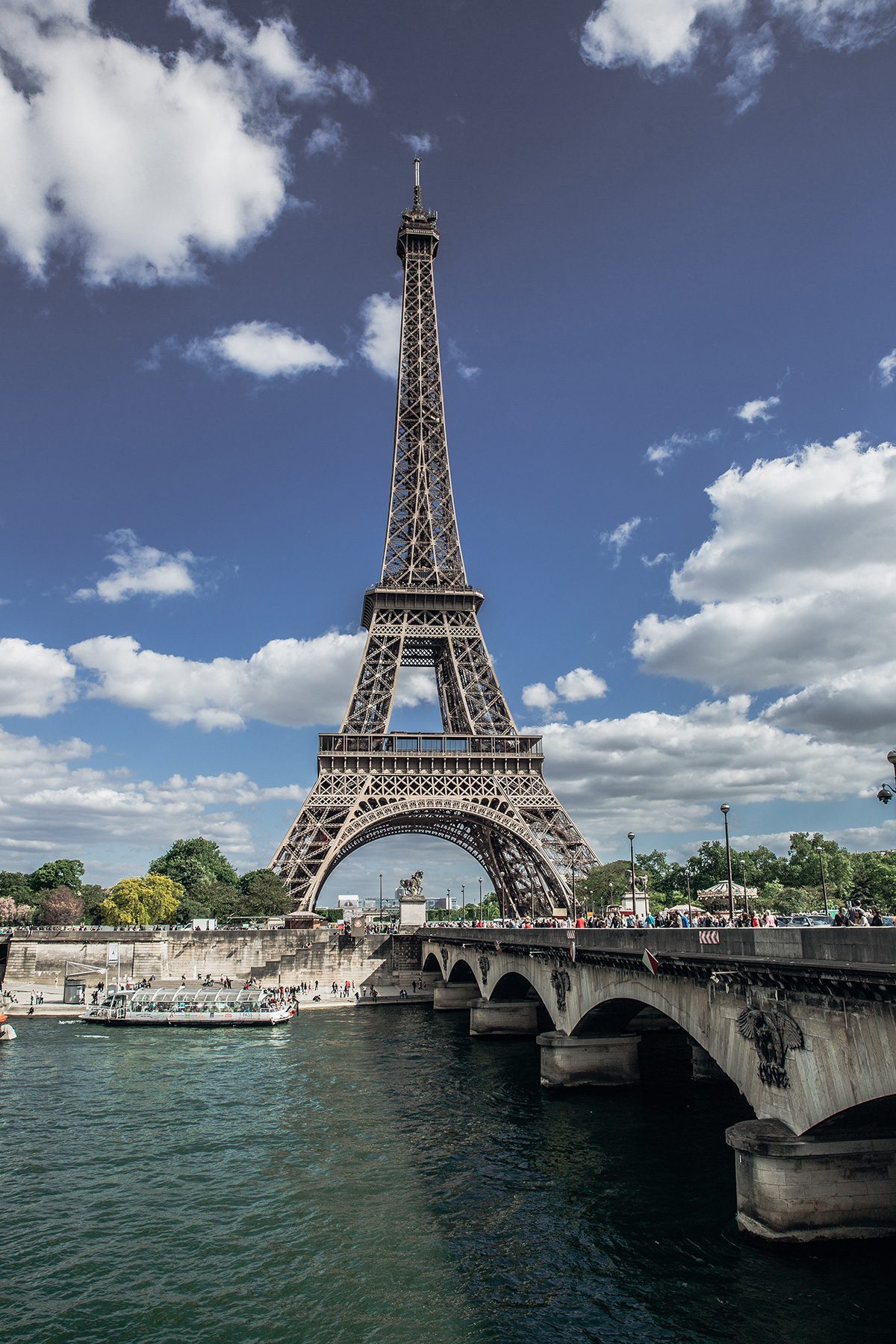