I have been dying to make a crispy ‘Morroccan’ style phyllo pie like this for ages, and you can go in either a savoury or sweet direction with it. I opted for the latter. I love the combination of apple with pecans and maple, and next time I may be a bit more generous with the syrup and drench it – baklava style.

Regardless, this method really does take the stress out of using phyllo pastry (if you have any), as you simply roll the filling up into four rolls and then tightly pack them into each other in a greased cake tin. Very pretty looking too.

I used the Mediterranean Delicacies Phyllo pastry which is fabulous to work with.

A few pointers on using phyllo:

Phyllo is very forgiving. If you tear a bit you just keep on rolling and the tear will get covered in another layer.

I have also buttered the inside of each sheet and scattered it with brown sugar so that when you role them up, this keeps the layers a little separated and adds a nice crunch.

If you want to make your pie extra crispy, use 2 layers of phyllo to roll the filling.

*This post has been sponsored by Mediterranean Delicacies. You can keep up to date with all their delicious products on their Facebook page.

A few of my other phyllo recipes can be found here: 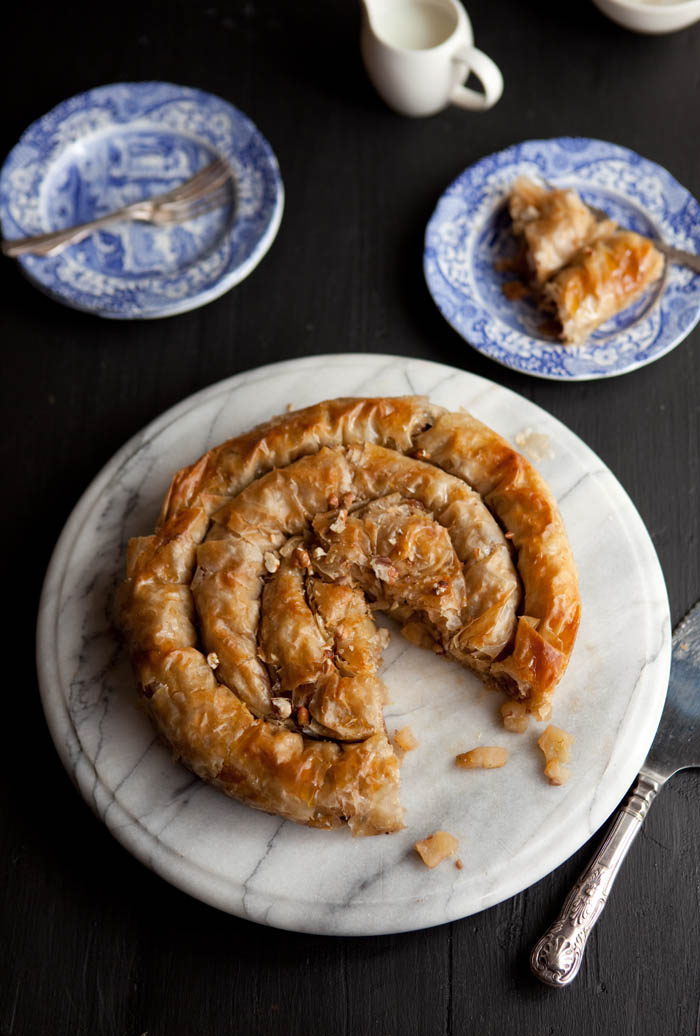 I look forward to connecting with you again